A place of magic and beauty beyond imagining.

The greek islands are separated in 6 main categories :

In the centre of archipelago, Cyclades were created million years ago, after the geologic convulsions, earthquakes and eruptions that owe their peculiar shape as also to the composition of their ground. In fables, Cyclades are connected with Poseidon in whom it’s imputed their creation. It is said that they took its name from the nymphs Cyclades that the God of the sea transformed them into islets when they provoked him. There are also and other traditions about their name as for instance from the word cycle, because they spread around Delos or because the winds that blow violently were forcing the ships to rotate. To mythical figures imputes also the creation of each island while a large number of traditions reflect their eventful history. Cyclades, because of their geographical position, between mainland, Asia and Africa were – during their history – the bridge for the development and civilization. 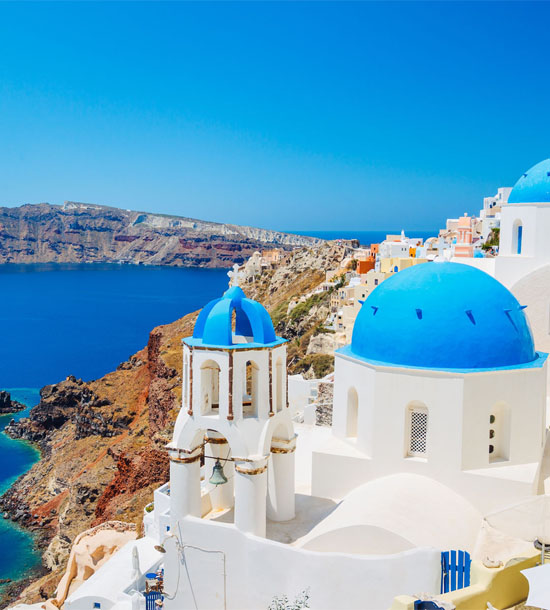 At the south-east coast of Greece, along the coats of Asia Minor, they are situated the Dodecanese. This clause held since 1908. Its habitation it is placed in the Neolithic era, as it results from the excavations’ finds.

They are connected with mythical traditions, where the main among them is the Sun’s worship. There are also many more in which they are reflected the geologic convulsions and eruptions. 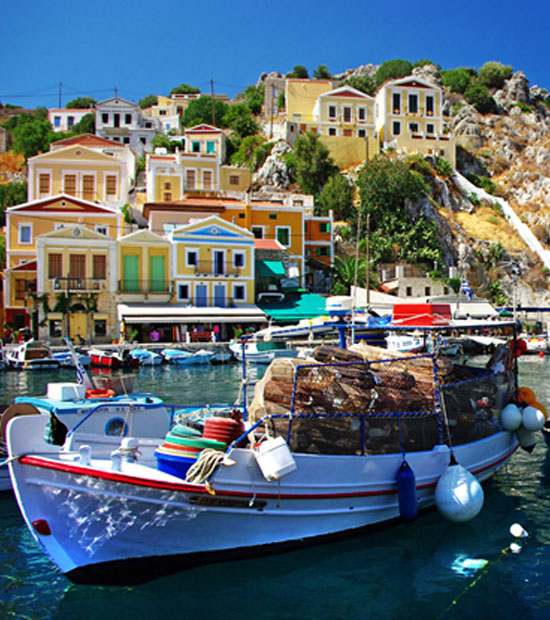 Ionian Islands known for the all-green islands and the warm welcome of the Ionian people, with the islands of Kerkyra, Paxoi, Lefkada, Kefallonia, Ithaki, Zakynthos and Kythira.

All green Islands and saphire blue waters, a real eden.

In a very short distance from Italy these islands are the crossroads of Greece with the rest Europe.

They have a perfect coastal and aerial transport. The wonderful landscapes, the crystal-clear seas, the classic cantons, the mansions, their Venetian castles are combined harmonically with the deep blue Ionian and the great sunlight.

Together with the great history and their traditions create to the visitor magic feelings. The Ionian Islands are commercial and marine centres. Corfu separates for its development and beauty. In the Ionian Islands, the visitor realizes the continuous flourishing of the arts and letters.

It is connected with Ithaca the Odysseus’ island the verdurous Cephalonia, the cosmopolitan Lefkada, the picturesque Paxoi and the faraway island Kethera.

A wild and unspoiled beauty, with white cities marking the landscape.

The North Aegean Islands are the group of islands in the Aegean Sea, with mainland Greece to the west and north and Turkey to the east; These consist of Samos, Lesvos, Chios and Limnos. The ancient Greek name of the Aegean Sea, Archipelago was later applied to the islands it contains and is now used more generally, to refer to any island group.

The vast majority of the Aegean Islands belong to Greece, being split among nine administrative areas. The only sizable possessions of Turkey in the Aegean Sea are Imbros (Gökçeada) and Tenedos (Bozcaada), in the northeastern end of the Sea. 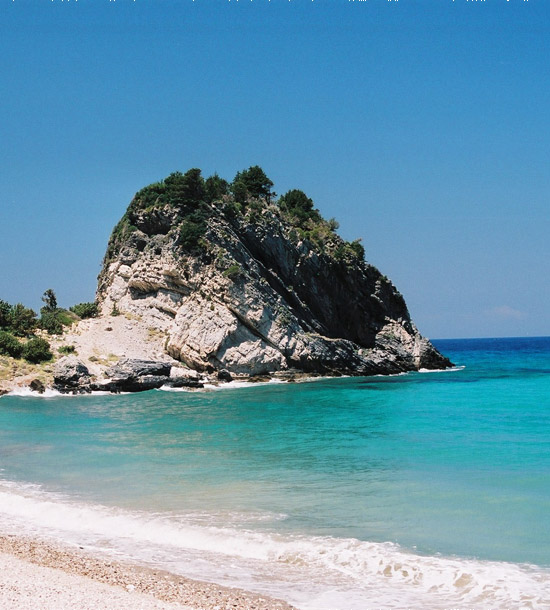 Sporades, known for the beauty of the islands’ nature and the clear blue-green seas reflecting the pine trees that reach all the way down to the sea, with the islands of Skiathos, Alonissos, Skopelos and Skyros.

An unspoiled natural environment, with all green islands and clean beaches.

When nature is its high spirits, then it can create masterpieces. This is what most probably happened in the case of Skiathos.

The geological realignment of the peninsula of Magnesia had as a result for fractures to be created and partial portions of the earth to be sunken, which in the future composed the complex of the north Sporades islands.

A forest in the middle of the beach is impossible to find. It is possible in Skopelos. The green trees are an ornament for the Aegean Sea. The largest island of the North Sporades is rich in olive tees and pine trees that compose a picture of magic and serenity every time you look at it. 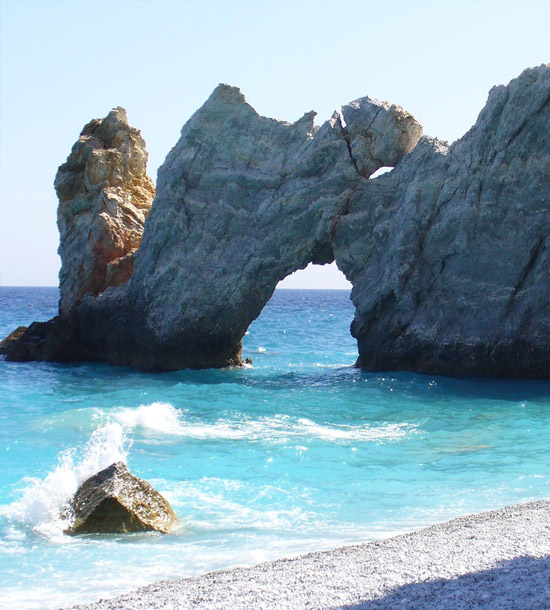 And finaly Crete, the huge greek island with the big cultural history and the welcoming people, devided into four big areas: Chania, Rethymno, Heraklio and Ag. Nikolaos and the very well known beaches of Elounda and Sitia. 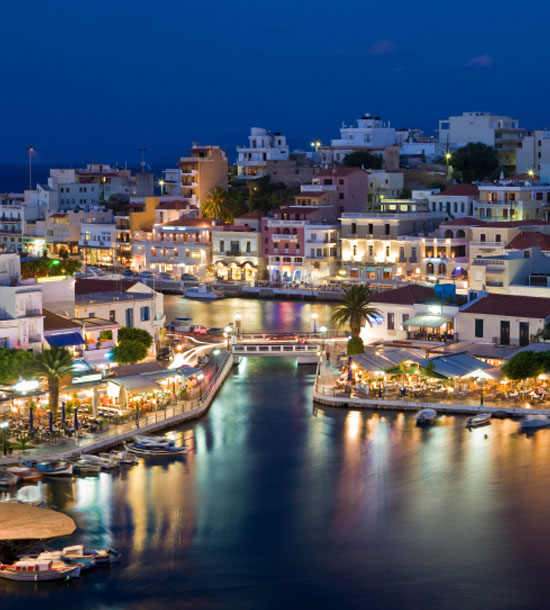 The huge island with all green mountains and welcoming people.

Crete is the fifth in magnitude island of the Meditteranean Sea. It is located at the eastern side of the Meditteranean basin, between Europe, Asia and Africa. The landscape of Crete is in its majority covered by mountains which are torned by deep canyons. The mostly known is the canyon of Samaria at Lefka Ori. The island has a few plains.The biggest are the plain of Apokoronos, Rethimno and Ierapetra. The rivers of Crete are not big, but the island has beautifull bays and is surrounded by a lot of small not-inhabited islands.

The climate is soft because of the sea. It is said that the climate of Crete is the healthiest in the world.

The environment that gave birth to the famous Minoan civilization is surrounded by mountains and rocks. The plains, the mountains, the cities, the villages, the archaeological sites and the monasteries that lie in the beautiful landscape of Crete are all giving the sense of the many thousand year history of Crete.